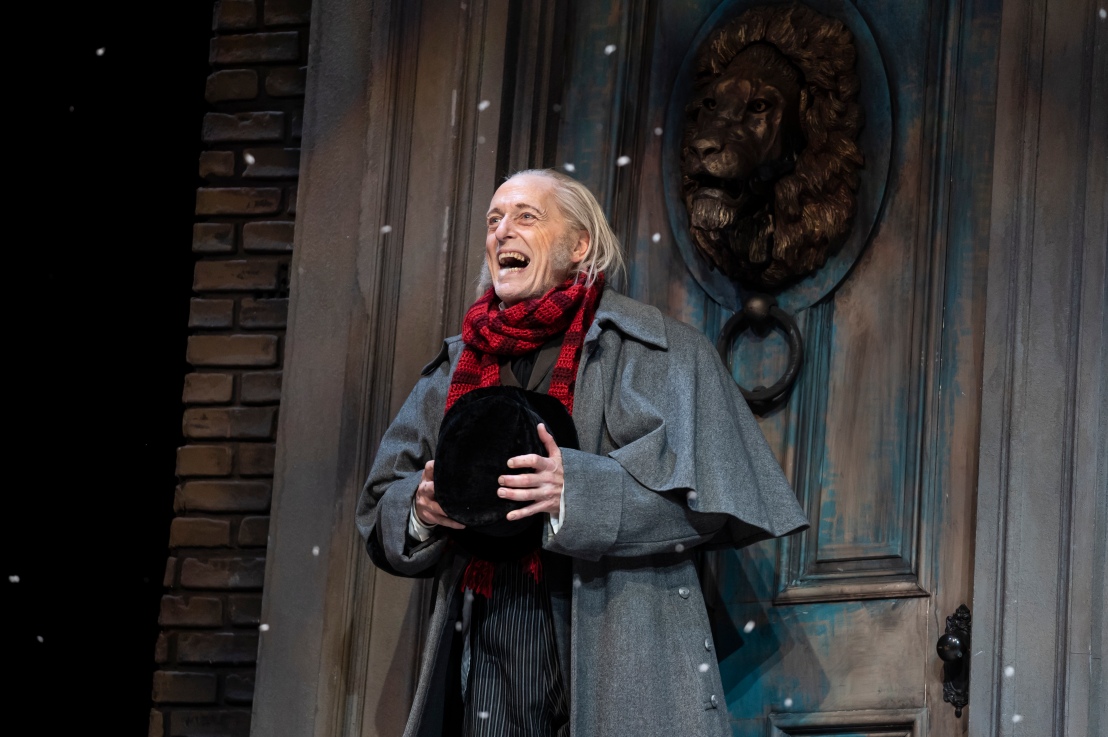 Although Goodman Theatre is now producing A CHRISTMAS CAROL for the 42nd year, and although I have seen the production four times myself, it still has an immense capacity to tug at the heartstrings. While the Goodman’s production has few surprises to reveal for repeat viewers at this point, the emotions of delight and humor I experienced on opening night reminded me why this production feels magical for so many. And because I attended the show with a first-time viewer, it was particularly special to share the Goodman’s brand of holiday joy.

Under the direction of Henry Wishcamper for the seventh year in a row, A CHRISTMAS CAROL remains a heartwarming display of empathy and humor. That said, Tom Creamer’s adaptation of Charles Dickens’s classic Christmas tale feels creaky in spots. In particular, the use of a Narrator, who appears only at the show’s very beginning and end, feels awkward and dated. While Kareem Bandealy is appealing and amiable in the role, he cannot overcome the fact that that element feels emphatically shoehorned into the script. Similarly, some of the technology in the Goodman’s production could use a refresh. In particular, the depiction of the Ghost of Christmas Future as a Grim Reaper figure feels a bit antiquated, and some elements of Todd Rosenthal’s set are really showing their age.

A CHRISTMAS CAROL remains delightfully unchanged, however, in its capacity to deliver a joyous dose of holiday spirit. Of course, that would not happen without some of the spookier elements that the Goodman captures so well; namely, the spirits that visit the miserly and greedy Ebenezer Scrooge. Bandealy has a stellar and convincingly creepy turn as the Ghost of Jacob Marley. The appearance of Marley’s Ghost and some of the other spirits that call upon Scrooge continues to make me jump even after repeat viewings. While A CHRISTMAS CAROL is certainly appropriate for families, I would still caution that the youngest of audience members might be spooked. Molly Brennan fits the role of the Ghost of Christmas Past like a glove, as she flits about the stage and makes clever use of her acrobatic training. Jasmine Bracey is equally charming as the Ghost of Christmas Present (and don’t we all wish we could just toss glitter wherever we go).

Larry Yando essays the role of Scrooge for the 12th time this year, and I find it important to note that when I first reviewed this production back in 2008, he was also playing the part. And yet Yando’s delivery remains fresh and nuanced. He succeeds at making Scrooge a real curmudgeon yet also brings a unique impishness to the role. Yando’s Scrooge may be a grump, but he’s also sprightly. In a way, Scrooge’s childlike impulses reflect just how much he was to grow in his capacity for human kindness, while simultaneously demonstrating that the character’s empathy lurks somewhere beneath the surface. It’s a beautiful take on the part that never grows old.

As always, Yando remains in good company with the rest of the Goodman’s cast. Paris 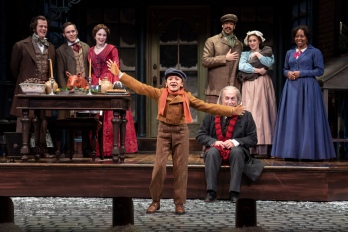 Strickland joins Yando for her third turn as Tiny Tim in this year’s production. She has a magnetic and sweet presence as Tim. Ali Burch plays the role of Scrooge’s niece Frida, a clever casting move that helps account for the lack of substantial female parts in A CHRISTMAS CAROL. Burch finds the necessary and compelling line between Frieda’s endless capacity for empathy and her boldness and willingness to call out Scrooge.

If you’re looking for holiday cheer, this year’s edition of A CHRISTMAS CAROL at Goodman Theatre represents the spirit in an especially touching way.