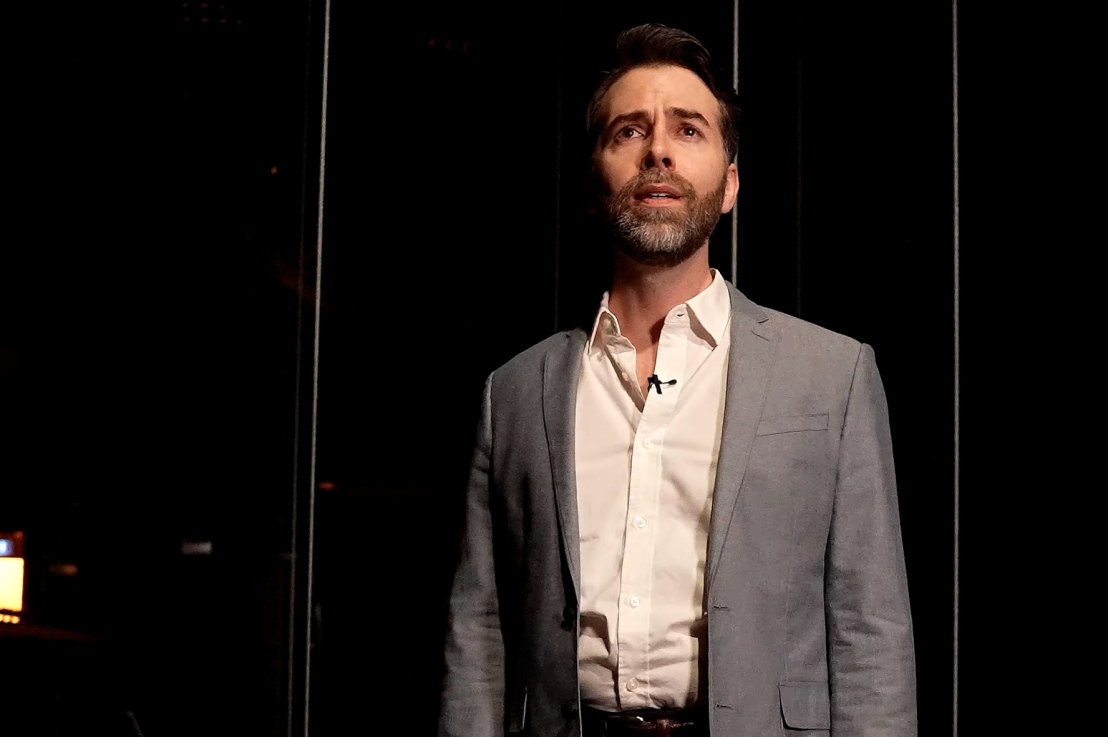 Porchlight Music Theatre’s latest virtual installment of their New Faces series (and the first this critic has seen) offers a delightful smorgasbord of musical theater entertainment. With direction by Brianna Borger and filmed at Chicago’s historic Studebaker Theater, NEW FACES SING BROADWAY 1961 offers 75 minutes of charming content. Like some of Porchlight’s other performance series, NEW FACES SING BROADWAY 1961 serves up both entertaining and informative value for audiences. Host Kelvin Roston Jr. guides audiences through the programming, offering up tidbits of context and history for each of the 1961 musicals showcased in the program.

The program alternates between individual showcase numbers for each New Face, along with some group numbers, singalongs, and a brief interlude of musical theater trivia from Porchlight Artistic Director Michael Weber. Kelvin Roston Jr. and Music Director Tom Vendafreddo also have their own moments to shine. Roston Jr. shows off his smooth vocal jazz stylings with the solo “Let’s Not Waste A Moment” from Jerry Herman’s first Broadway musical MILK AND HONEY. Tom Vendafreddo takes on the lovely “Willow Willow Willow” from lesser known 1961 musical KEAN.

The variety of content included into NEW FACES SING BROADWAY 1961 will surely keep audiences engaged, and it also captures some of the vivacity of live theater performance. I found the program’s opening number particularly clever — a reimagining of BYE BYE BIRDIE’s “The Telephone Hour” in the form of a video call between all the New Faces. This fits in nicely with the programming, as BYE BYE BIRDIE was undoubtedly one of the biggest musical hits from 1961, while also giving a playful nod to the current moment.

The programming also allows each of the New Faces to demonstrate their unique talents as musical theater performers, and I find a few solo numbers especially worth highlighting here. Tommy Thurston (who I also greatly enjoyed in BoHo Theatre’s 2018 production of 110 IN THE SHADE) showcases his rich, beautiful vocal tone with a mash-up of “If Ever I Would Leave You”/”I’ll Never Say No” from CAMELOT and THE UNSINKABLE MOLLY BROWN, respectively.

In her performance of “Calypso Pete” from SHOW GIRL, Chloe Howard displays her mature, inviting vocal tone. Howard’s performance is polished but not overly slick. She leans into the seduction and glamour of the song with ease, and she easily plays off the winking tone of the number while also displaying a full emotional arc.

Izzie Jones shows off her delightful soprano on “Why Go Anywhere At All” from THE GAY LIFE. She has a wistfulness in her delivery, and she somehow manages to make the prospect of staying at home seem desirable even after we’ve all been doing just that for so long.

Clare Kennedy is another standout here. Her elegant tone and great musical comedy flair are deliciously suited to the comedic number “Sez I” from DONNYBROOK, which she performs alongside New Faces Marcus Canada and Tommy Thurston. Kennedy has a nonchalant delivery in the number, but her vocal control is sublime.

With NEW FACES SING BROADWAY 1961, Porchlight Music Theatre has put together a program that will satisfy the cravings of those who desperately miss live musical theater. The program was knowingly put together in the context of streaming, but the fact that it was filmed at an actual theater emulates that live energy so many audiences are missing right now. To quote another famous tune from BYE BYE BIRDIE, you’ll certainly want to put on a happy face after watching this.