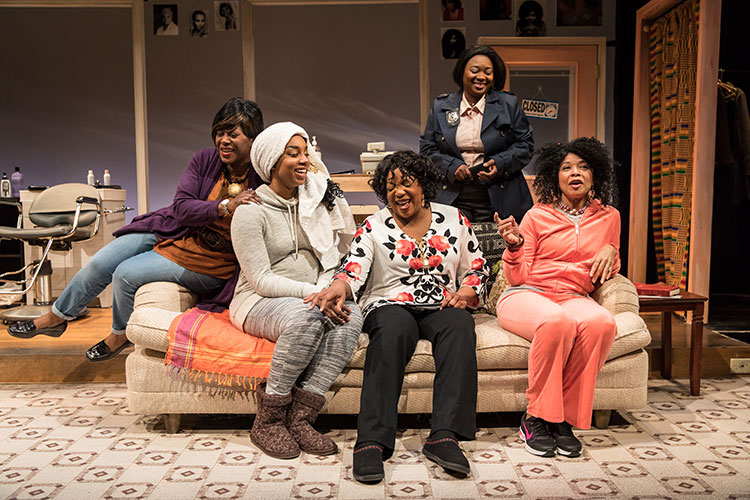 In Kurtis Boetcher’s set design for Marcus Gardley’s world premiere A WONDER IN MY SOUL, the backdrop for the South Side beauty shop where the play is set prominently displays the photographs of black female icons ranging from Diana Ross to Beyonce—and all of course have fabulous hair in the photos. And as we learn in the play, Aberdeen “Birdie” Calumet (Greta Oglesby) and Bell Grand Lake’s (Jacqueline Williams) fictional beauty shop has played host to a number of these famous black women over the years. But what Gardley’s play does so beautifully is take the story of these specific, everyday characters and lend a universality to them. The play takes place primarily in 2008 but shows us flashbacks of young Birdie (Camille Robinson) and young Bell (Donica Lynn) as they make their way from Mississippi to settle in Chicago and start their business. Along the way, Gardley weaves a narrative that is warm and sometimes funny but also ultimately serious and touching. And as one would expect, Johnny Jamison’s hair and wig design is just superb.

END_OF_DOCUMENT_TOKEN_TO_BE_REPLACED

Though Young Jean Lee’s play STRAIGHT WHITE MEN—now in its Chicago premiere at Steppenwolf Theatre Company—primarily concerns itself with characters befitting its title, the piece opens with two gender non-conforming performers (Elliott Jenetopulos and Will Wilhelm) holding a pre-show dance party to loud, expletive-ridden music. Once the show begins, Elliott and Will inform us that the music was made to make audiences feel uncomfortable, and for those who were less bothered by the experience, that’s privilege. Of course, the notion of privilege—and particularly the privilege bestowed upon straight white men in American society—is one of the major themes in the play, and that moment creates a microcosm of that exploration. Elliott and Will continue to tell audiences about the “rules” of the play, creating a rather Brechtian frame for what unfolds as a realistic family drama about a father and his three sons who reunite at Christmas. And thus, even as Lee (who is a Korean American woman) probes the notion of privilege and the responsibilities that come along with it, she does so with a sympathetic eye towards her multi-dimensional characters.

END_OF_DOCUMENT_TOKEN_TO_BE_REPLACED 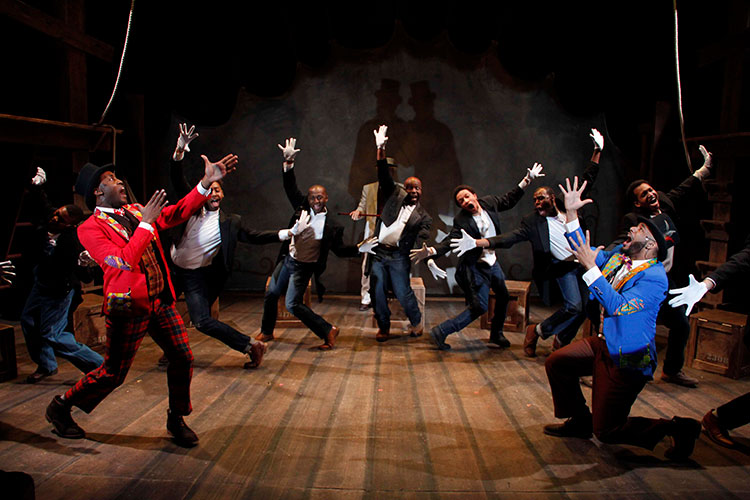 Now in its Chicago premiere at Porchlight Music Theatre, John Kander and Fred Ebb’s THE SCOTTSBORO BOYS could not be a more timely musical to produce. This musical recounting of the 1931 imprisonment and trial of the titular Scottsboro Boys, nine young black men ranging in age from 13-19 who were pulled from an Alabama train and wrongfully accused of the rape of two young white women, certainly has plenty of echoes to the present moment.

END_OF_DOCUMENT_TOKEN_TO_BE_REPLACED 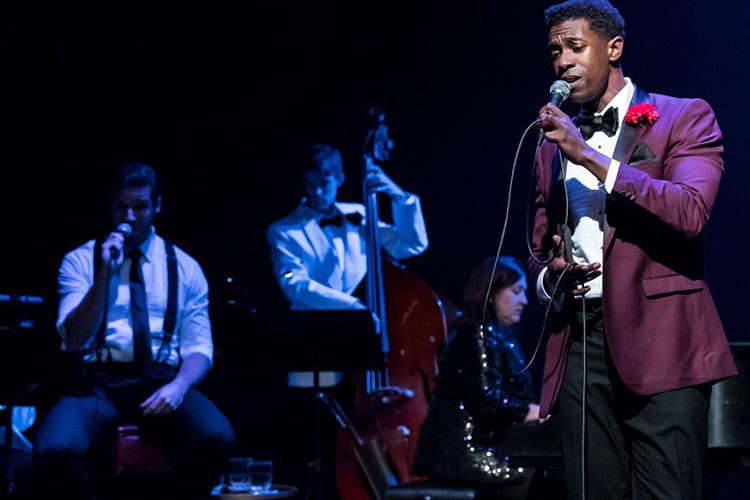 Mercury Theater’s I LEFT MY HEART: A SALUTE TO THE MUSIC OF TONY BENNETT incorporates an astounding number of songs into its 80-minute run time. These tuneful numbers will be recognized both by fans of Tony Bennett but also by those who enjoy the work of such accomplished composers as Irving Berlin, George and Ira Gershwin, Duke Ellington, and more. Under the direction of Kevin Bellie and music direction of Linda Madonia, a four-piece band accompanies the music-filled evening (Madonia on piano, Ryan Hobbs on trumpet, Dan Kristin on bass, and Lindsay Williams on percussion). These musicians set the backdrop for a lovely, relaxing night of music at Mercury Theater.

END_OF_DOCUMENT_TOKEN_TO_BE_REPLACED 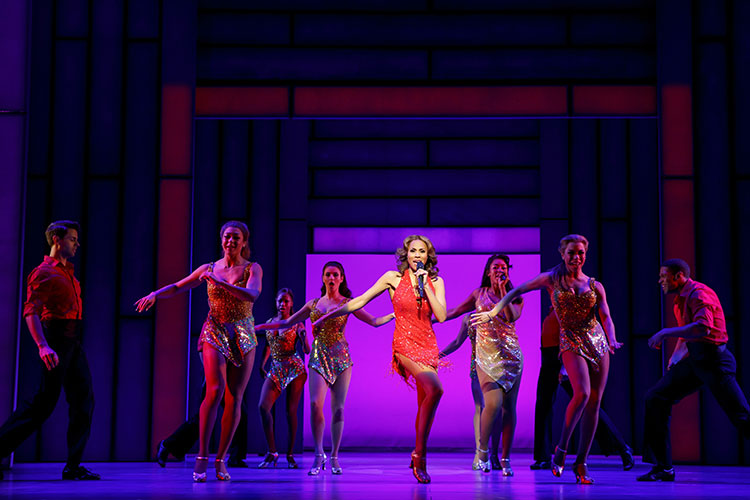 THE BODYGUARD, based on the eponymous film starring Whitney Houston as pop star Rachel Marron and Kevin Costner as her bodyguard Frank Farmer, has plenty of glitz and glamour to go around in its current engagement at Broadway In Chicago’s Oriental Theatre. Throughout the night, lead Deborah Cox shines as Rachel in a never-ending array of glittery costumes from Tim Hatley (who also designed the set). And when Cox tears into one of Houston’s classic numbers, it’s also a joy.